In the News: Proof of Concept reviews

It’s been a while since the last post, we’ve been very busy working on exciting projects for 2019 so beware of big news coming up soon.

But now it’s time to sum up what 2018 has brought us so far, so here is our review of the reviews we got from the press about our debut EP “Proof of Concept”. The album has been released on the 29th October and it’s available on our bandcamp profile for purchase on digital download or on a very scrumptious and tangible Digipack format. Feeling lazy? Just ask Alexa to play it for you on Spotify.

“Proof of Concept” received a prime position on Blessed Altar Zine webzine. We were thrilled and thankful to have been given the premiere for the album, which gave us space for a detailed interview and an awesome review.
Thanks guys, you made our day! Your coverage gave the album such a big boost.

“Highly recommended to fans of power trios across ages, from Cream to Motörhead, and from The Police to Silverchair, as well as to seekers of fresh, new sounds and vibes in rock & metal. 9/10 Emil/UHF”

Distorted sound Magazine gave us a respectful 6 out of 10 pointing out that, despite our music core is solid, we let our music influences take over at times. Not all is lost because they noted that “The stand out songs on this record, however, take a less heavy-handed approach to paying respect to other musicians and really let the core of this specific band shine”. Thanks guys, we appreciate the constructive criticism. We have grown a lot since we started and in our journey of self discovery we became an increasingly solid unit. We are sure that you will appreciate our next work and that our uniqueness will come out strongly! 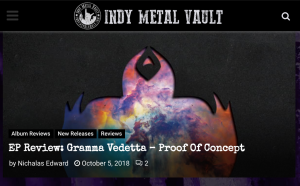 Ops! Guess what?  Indy Metal Vault had a very different opinion and thinks that we did pretty well! The blog gave the album a fantastic B+ and highlighted that, for a band who presented itself as grunge, we managed to incorporate so many ideas in our songs which gave the album an almost a proggy vibe.
We totally agree if you see Prog as a blend of styles as opposed to the usual odd time signature on 20minutes length songs. We start from a grunge feel and then we go where our inspiration takes us. This is our take of ‘Seattle in London’ and of the 90s twenty years later (and we are over 27 years old lolnotlol).

“For such a short release, they pack a lot into it. Once all of the musical density is squeezed out, you can still find fun little moments that reflect radio rock and vocal harmony, so it’s not super hard to get behind”  Thanks Nichalas for your words. 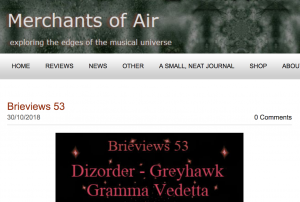 Third Eye Cinema somewhat agreed with Indie Metal Vault. They gave us a nice small review referring to our stoner side: “[..]t’s a bit all over the place, particularly for a band that most closely appends to stoner rock. But just like last time [in reference to a previous review of the single Address Unknown] It’s pretty good”. So definitely a CD that goes in the player, not under your mug or a wobbly table!

Positive review from Merchant of Air who nailed the underlying funny vibe of our songs. Yes we are heavy, we can go slow or fast, but most importantly are definitely having fun. “This EP is loaded with energy, fun and rock ‘n roll.[..]. So grab a beer and join me in the pit!”. Cheers mate!

We also got an awesome paper review on Power Play Magazine, issue 215. You can read the full review by getting your copy on their website or your local newsagent.
“For a small band, member wise, they certainly produce a big sound. To be able to incorporate various styles as well as keeping their own genre shows great progression. ‘Proof of Concept’ equals proof of promise”.
Thanks Claire for your awesome words about the album. 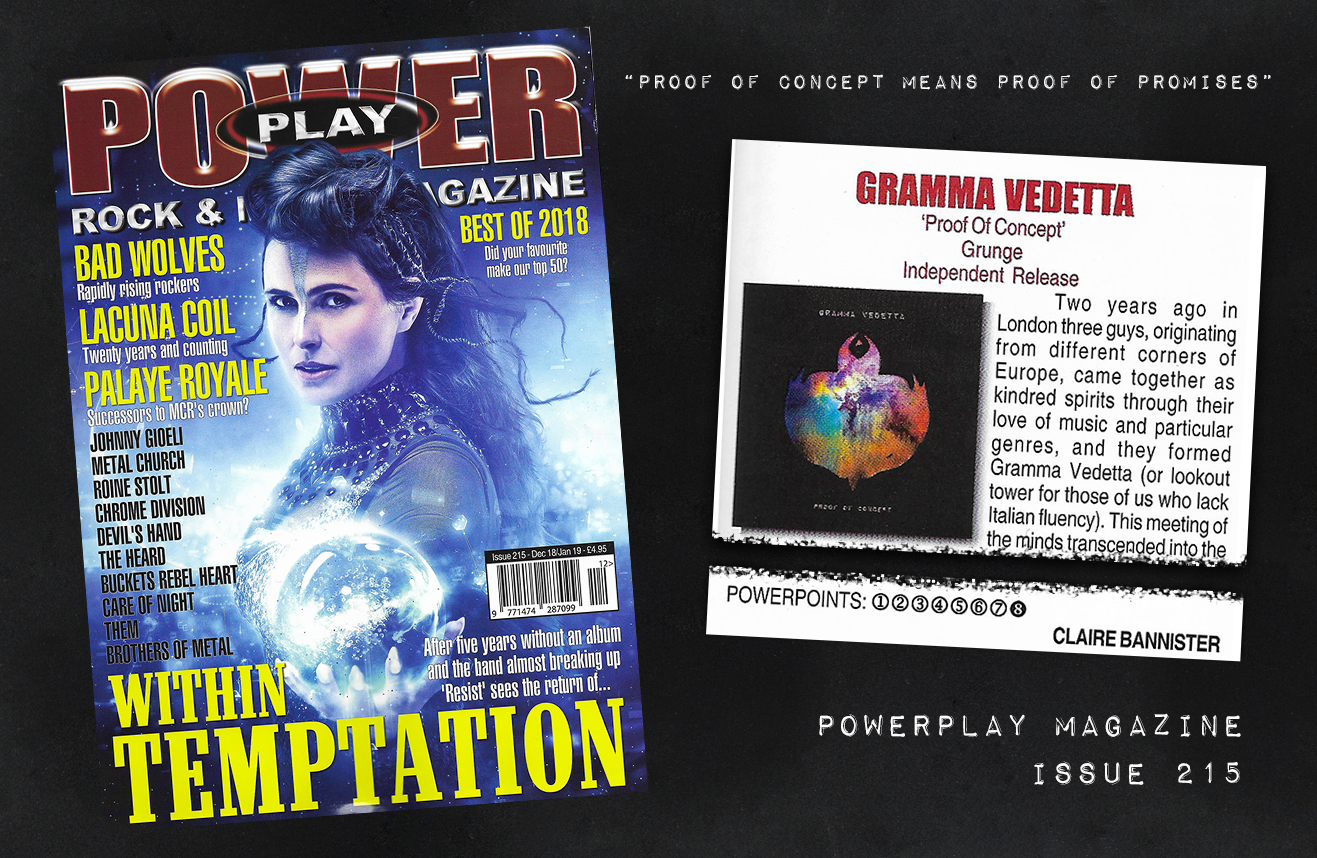 What we think: Not bad at all for this set of songs written on the first few months we’ve been playing together. We started in a good way.

Lesson learned: when doing a press release, try to reduce references to your music influences to a minimum and try to be generic over your music genre –  This will certainly avoid biases! LOL

And you, what do you think about the album? Listen to “Proof of Concept” on bandcamp or spotify and let us know!

Our cookies are for google analytics and to track plays of our songs. If you click the button or navigate the site you are confirming you're ok with that :)